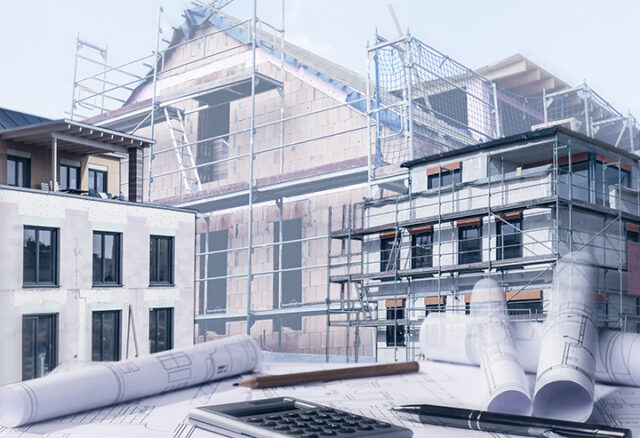 Paul Heyens thought he had seen it all.

The CEO of Alberta Glass Company has had a front-row seat on the rollercoaster ride of booms and busts that our province has gone through over the past 20-plus years.

And through it, his Calgary-based commercial glazing company for new construction and retrofit projects has thrived as it has worked on some of the most impactful projects along the downtown skyline, including The Bow, Eighth Avenue Place and Jamieson Tower.

“Yet we haven’t ever seen anything quite this dramatic as far as challenges and moving targets with both supply chain costs and skilled labour,” he says.

“We need some predictability given that, typically for large commercial projects, you’re looking at a two-year time frame. You want to have some stability in your costs,” says Heyens, noting shipping times for materials such as glass have also often doubled.

“We’ve never seen a sustained increases like this. We’ve seen spikes in the past, but it’s generally eased up after a couple months. We’re not seeing that now.”

It’s not just lumber that’s seen these spikes, either. The price of copper and aluminum have increased 173 and 211 per cent, respectively, while steel and glass have jumped anywhere from five to 60 per cent. This impacts everything from wiring and rebar to commercial glazing systems.

“Since this report was first issued, both construction materials and lead times impacted has only broadened,” says Bill Black, president of the Calgary Construction Association (CCA). “And it’s been met by a huge increase in domestic demand as consumers undertook different home renovation projects.”

The building and construction segments have also had to compete for many materials with industries such as hygiene, medical and food, which are similarly seeing increased consumer demand due to the pandemic. This, in turn, has led to a traffic jam as it relates to supply.

For some materials, other factors have also come into play. For example, a severe snowstorm and freezing temperatures in Texas last February led to widespread shutdowns within the heart of the North American chemical industry. It took months for many plants to recover, leading to resign shortages and price increases upward of 60 per cent.

Meanwhile, Black points to other factors impacting the rising cost of construction, such as higher tariffs, rising fuel and shipping container costs, the fallout from the Suez Canal blockage and labour shortages due to furloughed employees and COVID-19 support programs such as the Canada Recovery Benefit (CRB).

“It’s a lot like dominos. There’s not one reason behind today’s challenges,” he says. “A lot of people like to blame COVID-19, but it’s only one factor.

“One of the larger realizations out of this is the concept of ‘just in time’ got taken too far. The system had been finetuned to be ‘just in time,’ but with no buffer. And it only took one domino for everything else to fall down the line.”

Serasu Duran, who is an assistant professor of operations and supply chain management at the University of Calgary’s Haskayne School of Business, agrees with Black. She notes the highly interconnected global supply chain was highly efficient in supporting a system where materials were only ordered and received as they were needed. Yet it was not built to last, let alone survive a tsunami-like event like the pandemic.

In turn, Duran says this provides an opportunity for sectors such as construction to re-examine and potentially diversify traditional procurement, delivery and warehousing practices.

“It’s going to require a shift in thinking. Instead of focusing on cheapest, it should be on resiliency,” she says. “For example, it could mean diversifying your supply chain and looking at alternative suppliers. Perhaps relying less on off-shore suppliers and looking more on-shore – or at least making better use of domestic manufacturing, even if only as a back-up.

“The point is to not put all your eggs in one basket.”

Duran notes panic buying, or stockpiling, won’t help in the long run either.

“It ends up creating price increases, which only further encourages panic buying. We saw that with toilet paper and hand sanitizer early on in the pandemic,” she says.

“But what happens once things level off? You’re stuck with all this higher-priced product. And in construction, margins are already quite tight. There’s not a lot of room to absorb those price increases.”

Yet not all areas of the market have been impacted equally over the past year. In its Q3 2021 report on Calgary’s multi-family sector, real estate analytics firm Zonda Urban reported sales of condos and townhomes were strong throughout 2021, yet prices remained relatively stable.

“Judging by how active most builders continue to be during the pandemic, it seems to have been more or less fine,” says Jackson Cornelius, director of advisory at Zonda Urban, which was formerly Urban Analytics. “A lot of these developers have fixed pricing in place and contracts with the suppliers. That’s allowed them to mitigate the volatility of the market … and contributed to why most pricing remained flat. In fact, if anything, the changes have been more demand-side adjustments.”

However, Cornelius notes sales for the year could have been stronger if not for supply chain disruptions. The Zonda report noted a decrease in standing inventory levels as certain construction inputs limited developers’ abilities to release additional phases to meet the level of demand in the market.

“You can talk with any developer – (the supply chain) has been a hurdle that has ultimately caused delays,” says Cornelius, pointing to Cidex’s West Village Towers at the northeast corner of Ninth Avenue and 11th Street S.W., which he says was held up for six to eight months due to delays in getting interior finishing materials.

Looking ahead to the rest of 2022, BILD Calgary Region CEO Brian Hahn doesn’t expect disruptions in the global supply chain to soften the local housing market.

“Our members, at least in the first part of 2022, are anticipating continued growth,” he says. “As we continue to navigate COVID-19, there is a lot of uncertainty. However, our members continue to be industry leaders in adapting and innovating.”

Hahn also notes that despite rising construction costs, Calgary’s housing market continues to be one of the most affordable major centres in Canada.