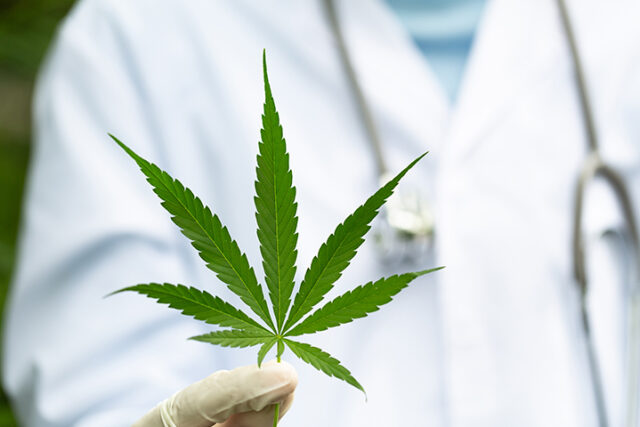 More than two decades after first being legalized, Canadians are continuing to come around when it comes to using cannabis for medical purposes, say industry experts.

And many believe regulatory relaxation around cannabis use in recent years will only further open minds to what they say are countless benefits the drug can offer, especially on the heels of a stress-ridden pandemic.

“There are so many applications. I’ve personally talked with thousands of patients who have come back with success stories, whether for anxiety or sleep or pain,” says Hart Steinfeld, a Calgary-based cannabis education and training specialist.

“Honestly, pick your ailment and there’s probably some cannabinoid therapy that will help you.”

The medical cannabis industry in Canada traces back to 1999 when two patients were first provided legal access to dried marijuana for medical purposes. This was followed up two years later when Health Canada regulated access to cannabis for licensed patients suffering from HIV/AIDS and other illnesses.

Since then, the industry has boomed, with the number of medical marijuana clients registered in Canada hitting a peak of 377,024 in 2020 before easing slightly to 264,686 in late 2021, according to Health Canada.

“Since around 2016/17, especially, you’ve really seen a number of medical cannabis shops set up around cities like Calgary,” says Christine Barry, a Calgary-based business development expert in medical cannabis, pharmaceutical and nature health.

To access cannabis for medical purposes, a person must obtain a medical document by a healthcare professional. Federal regulations then dictate that person either register with a licensed producer to legally order cannabis – licensed producers are companies authorized by the government to grow, harvest, process and sell medical cannabis – or grow a limited amount for their own medical purposes. A person can also designate someone else to produce it for them.

Cannabis specialists such as Steinfeld point to a growing list of medical conditions that may benefit from cannabis, from Crohn’s to chronic pain, migraines to MS and sleep disorders to stress.

In fact, many industry professionals report they are seeing more patients are coming into their clinics these days interested in using cannabis to treat severe anxiety or depression as a result of the pandemic.

Karen McDermott, operations lead and clinic manager for Revolution Medical Cannabis – which operates clinics throughout Alberta, including Calgary, High River and Edmonton – notes people she’s talked with are stressed because of everything from job insecurity and financial concerns to the fear of getting COVID.

“Anxiety levels since COVID-19 have just skyrocketed, and we’re still seeing the outfall of that. People are still struggling, whether that’s massive depression or panic attacks,” says McDermott. “When people present with issues like anxiety or depression, CBD can be hugely helpful in helping them deal with things.”

And that includes children.

“We’re seeing more and more pediatric patients who, between school and COVID and everything that’s been going on, have high anxiety,” says McDermott. “Or their parents are looking to alternative treatments to conditions such as ADHD.”

Research originating out of Calgary is providing additional insights into the impact of cannabis in treating various conditions such as PTSD, as well as its overall role in gut health.

He notes that in cases such as PTSD, the brain may not make enough endocannabinoids to calm itself after traumatic events. Hill also points to the impact of long-term stress, which damages the endocannabinoid system, potentially leaving people at high risk for depression and anxiety disorders.

“There’s a lot of data that, for some people, cannabis can somewhat mitigate aspects of stress and anxiety that the body cannot naturally handle,” he says, pointing to some successes seen in veteran populations.

“But it gets more complicated than that because we also know that cannabis can be a double-edged sword … and lead to over-dependency or compromise the body’s natural endocannabinoid systems if used excessively.”

Meanwhile, Dr. Keith Sharkey, PhD, a professor in the Department of Physiology and Pharmacology and member of both the Snyder Institute for Chronic Diseases and the HBI at the CSM, is leading research into how the gut communicates with the brain to regulate things such as digestion. Part of that research involves understanding the endocannabinoid system.

Sharkey theorizes that, based on studies performed with mice, cannabis has the potential to regulate gut bacteria and even improve metabolism.

“We’ve discovered that the endocannabinoid system regulates the motility of food through the gut, and you can manipulate it to make go faster or slower,” he says, noting cannabis can also help reduce gut inflammation and minimize the symptoms associated with inflammatory bowel diseases such as Crohn’s disease.

While Canada legalized cannabis for recreational use in 2018, industry players say medical cannabis still has a very real role to play moving forward – namely, that the drug is being used correctly.

“99.9 per cent of patients we see who have previously tried cannabis on their own are not taking it right,” says McDermott, noting cannabis retailers are not legally permitted to provide medical advice to customers. “You need to take it in a certain way for it to work. And when they do that, they see significant results.”

Among other things, Barry notes a medical doctor can help determine if it’s the right product for the condition being treated, if the dosage is correct – typically starting around two grams per day – and whether it needs to be adjusted over time or how to best balance it with existing medication.

“Some patients will need it to sleep, which might mean a balance of both THC and CBD. Others will need to deal with anxiety, but still need to be able to operate equipment during the day, so it will be CBD-based,” she says.

Before using cannabis for medical purposes, Barry suggests checking with your company’s drug and alcohol policies to verify the rules about cannabis use. Additionally, third-party benefit providers might even provide coverage. Sun Life, for example, has offered medical cannabis coverage through its group benefits plans since 2018.

McDermott says there’s still some work to do to fully demystify the age-old misconception regarding cannabis use – the lazy stoner stereotype.

Over the past several years, however, she’s encouraged by the different types of patients she’s now seeing come through her clinic.

“We’ve seen a major shift in our patient demographic within the past three years. About 60 to 70 per cent are now over 50 years old – and a large number of those are over 70,” she says. “We’re getting more people coming to us for nerve pain, degenerative diseases or because the side-effects of their traditional medication are too harsh.

Adds Steinfeld: “There’s still a lot of stigma around cannabis, but we’ve come a long way. And the good news is there are a lot of great educational resources around Calgary for those who are curious about cannabis.” 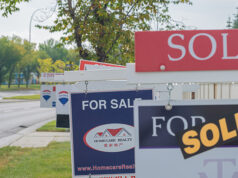