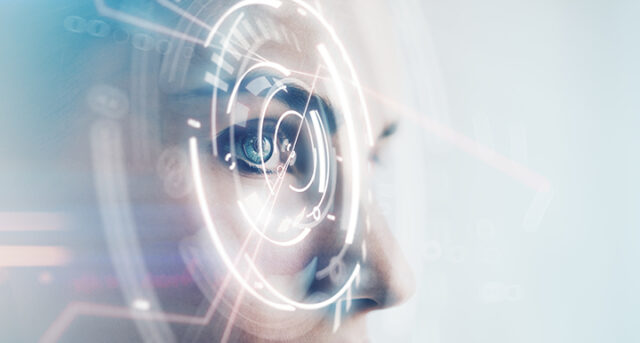 Lauded with awards and stellar reputations that precede them, these women are rockin’ their respective industries. In this annual feature, they are the true influencers.

Cathryn Carruthers is a high performance coach specializing in major career transitions with an international client roster of senior leaders at name-dropping organizations.

She began her finance career in London, England at Merrill Lynch’s global analyst program and then in private equity at BlackRock. After crossing the pond to Calgary in 2009, she landed a consulting project which then led to the creation of her own consulting practice.

During that time she gained great insight into human performance. Time and again she observed that while some people took decisive actions to achieve their goals, others only thought and talked about it. “I became really interested in the psychology of what makes people tick and how to harness that knowledge to help people perform,” says Carruthers, 40, who hails from Bushmills, Ireland.

As she further examined motivation, focus and discipline, her career naturally segued into coaching, and in 2015 she formalized Carruthers Communications Inc., growing it primarily through referrals and testimonials. She has helped transition former intelligence operatives at the US Department of Defense into private practice, a New York-based Amazon executive into her next chapter… Her other upper echelon clients are from Adidas, Airbnb, Microsoft, Uber and other Fortune 50 companies.

Described as deeply intuitive, pragmatic and an incredible asset, Carruthers delivers a holistic, tough love approach. “Navigating that line — respectfully telling clients the things they need to know but don’t necessarily want to hear while also motivating them — is key, and one of my favourite parts of the job,” says the mother of two.

For her own pivot, Carruthers will continue evolving her executive brand consulting for the individual. Strategizing with her proprietary material and working networks, she vectors her clients’ strengths and re-positions their personal brands to find that perfect role, or to bring it into existence.

In September 2020, Business Insider magazine named Carruthers one of the most innovative career coaches in the world. She measures her success by the results she creates with her clients. “Coaching is so solitary and behind the scenes. You can rarely say with whom you’re working or what they’ve done. I celebrate the client wins privately with them and that for me is a huge motivator.”

We’ve never spent more time in our homes than in the past year and with that comes a greater importance and desire for comfort, style and security. Helping others create an exquisite, sacred space is one of the reasons why Allison Grafton founded Rockwood Custom Homes in 2009.

While completing 15 of her own renovations and constructions as passion projects prior to that, Grafton observed deviations and inefficiencies in the process and formed her own ideas about how a build should be executed. Leaving her 12-year career in investment banking and with $5,000 and a clear vision of professionalism, financial stewardship and client relationship, she established the high-end luxury homebuilding company.

Today it’s an annual $50-million plus business employing 25 full-time staff and more than 400 contractors and tradespeople. It has built 140 homes in Calgary, a city she extolls for its entrepreneurial spirit, courage and resiliency. Having grown up in Kelowna and holding that place dear to her, in 2017 Rockwood expanded into the Okanagan with 10 lakeside builds to date. It will develop its first Rockwood exclusive lakeside community in Kelowna this year.

Grafton prides herself on running a company that completes its builds on time and on budget with exceptional quality and with complete transparency. “There’s very little care for the financial security of people building custom homes. The average ‘over budget’ in residential homebuilding is 35 to 40 per cent, and that can destroy a family financially,” says Grafton, mother of three.

In 2020, Rockwood was one of 27 businesses awarded Canada’s Best Managed Companies by Deloitte. And Grafton herself has received countless awards over the years, such as top female entrepreneur, top 100 most powerful women, and Women’s Executive Network’s Hall of Fame inductee.

One of few women in this male-dominated industry, Grafton, who turned 53 on Valentine’s Day, says it was her grit, knowledge, ethics and strong vision that empowered her to vanquish the initial hurdles and naysayers. “I was exactly me. I really didn’t see it as a female versus male issue,” she says. “I believe that success is the greatest equalizer, and one of my definitions of success is making my industry better.”

Wielding a higher mortality rate than breast cancer and colon cancer, once a patient develops a diabetic foot ulcer (DFU) their mortality rate in the next five years is 45 per cent. With her ingenious contribution to the medical field, Dr. Breanne Everett is saving lives.

It was during the research component in the first year of her plastic and reconstructive surgery residency at the University of Calgary in 2009 when Everett innovated the revolutionary device for the treatment of periphery neuropathy, a loss of sensation affecting about two-thirds of people with diabetes. Due to the inability to detect pain in their feet and adjust their movements accordingly, the continued pressure leads to severe complications such as DFUs, loss of mobility, amputation, and morbidities that ultimately lead to death.

Everett devised a sensor-based shoe insole that takes pressure readings and then notifies the individual how to correct the problem. “Innovation is a process,” says 36-year-old Everett of the most recent iteration of the Orpyx SI Sensory Insoles launched in January 2021. Here, the technology is embedded in the custom soles and paired with an app on the patient’s smartphone; it’s wirelessly charged, Bluetooth enabled, and the data is stored in a cloud-based back-end for remote monitoring by the clinicians overseeing the patient’s care.

Brilliant, right? There’s more. In 2011 Everett took an educational leave from her residency to enroll in the executive MBA program at the University of Calgary’s Haskayne School of Business. And with that knowledge she and four others — doctors, engineers and entrepreneurs specializing in consumer electronics development – co-founded Orpyx Medical Technologies Inc. in 2010 to bring the sensory insoles to market and to create other technologies enabling longevity of movement and improving quality of life.

Last year Orpyx spun out the company Kinetyx Sciences Inc., of which Everett is the CEO, to manage Orypx SI Sensory Insoles’ more consumer-facing athletic performance and injury prevention applications. “We’re doing a ton of research and development in the wearable space, and we’re very focused on this vision of a future where footwear is sensorized.”

Since 2013, Everett has focused exclusively on the growth of the company. “For people who are motivated to pursue an entrepreneurial path and believe they can make a difference, my advice is ‘Just do it!’” says the mother of two. “It’s easy to overanalyze a plan, but it’s really about taking the plunge.”

Everett is the recipient of numerous honours, one of which is the Governor General’s Innovation Award in 2016. But she is most proud of the Orpyx team and their hard work and commitment to the way that care is being delivered in diabetes. 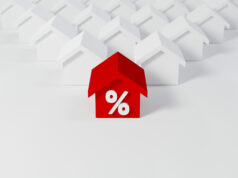