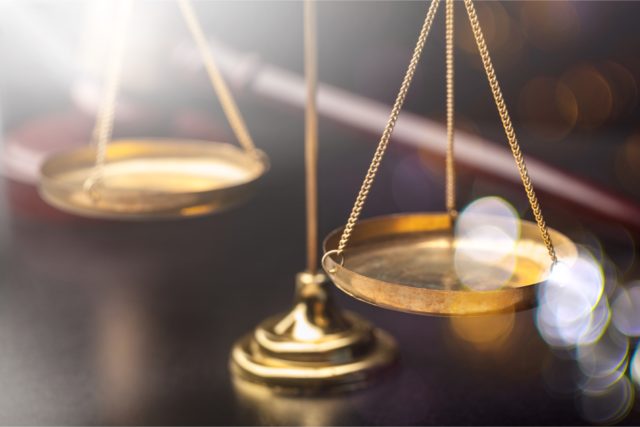 Asking for help can often be the most difficult decision a business owner has to make.

It can also be the best decision they will ever make, according to local legal professionals who say, like any adviser, a lawyer can help mitigate potential problems before they become full-on catastrophes.

“In general, it’s easier to sort things out before and not after the fact,” says Ted Coderre, barrister and solicitor with the Small Business Legal Centre, offering specialized legal and business advisory services to small enterprises in and around the Calgary area.

“Yet in legal matters, it’s pretty much exponential. The cost and risk of sorting out a problem that’s already occurred is usually exponentially higher than it is if addressed at the outset.”

Some of the more common requests from his clients include establishing new service agreements, bringing in new investors or developing new relationships with landlords or business partners.

Having said that, Coderre acknowledges that business owners still need to be rational when deciding to contact their lawyer. His rule of thumb is the more operational the question, the less likely business owners should be calling a lawyer.

“A good example is a distiller or a brewer,” he says. “They could have me do research about the regulatory requirements by AGLC on labelling for a still. But my advice is, because that’s core to your business, you ought to understand those issues on your own. That’s the kind of thing you’re going to need to know on a daily basis – even though, in some sense, it’s a legal issue.

“No matter what your budget is or how you scale up your business, you can’t contact a lawyer every time there’s an issue.”

Geoff Best, CEO and co-founder of Simplex Legal, adds business owners should also weigh the cost of the legal fees against the size, scale and risk of the transaction.

“If I’m looking to do anything that I have to live with, something that has a long-term ramification back to my business, then that’s when I’d consider hiring someone,” says Best, who co-launched the in-house counsel boutique about eight years ago and today has a stable of more than two dozen lawyers working with clients across Canada in the financial, aviation, technology, consumer packaging, manufacturing and natural resources industries.

“In addition, if the revenue from a deal is going to be 1/100th of my company’s revenue, then I might not contact a lawyer. But if the deal represents 10 to 20 per cent of your revenue, then you might want to consider getting some advice.”

By the same token, you don’t know what you don’t know. And while some business owners will be adept at identifying those unknowns, others might not know until much later – such as when it comes time to sell the business or buy out a partner, says Robert Worthington, partner with Field Law, one of the largest firms in Canada with offices in Calgary, Edmonton and Yellowknife.

“The world is becoming more complicated – more regulated by government – and there are more pitfalls. Things are not getting simpler,” says Worthington. “So the unknowns are getting much larger – even to the point that, if there’s a particular area of law and I’m not experienced in it, there’s a bunch of knowns and unknowns for me, as well.

“The good news is you don’t need to know everything. You can be extremely successful knowing very little about the legalities and just knowing when to ask questions.”

That’s where online legal advice offers value. These digital forums have grown up in recent years, offering great starting points to answering simple questions and identifying more complex issues – such as when a business owner should be engaging with a lawyer, says Worthington.

“There are some businesses that are a lot riskier and there’s a lot more involved,” he says. “If there’s an intellectual property component, for example, and you find yourself walking into a patent infringed upon, it would be quite dangerous to grab something online. Yet if it’s a residential tenancy lease, these things are done all the time and there are online templates everywhere.”

Coderre cautions against using online legal advice exclusively, however. He notes jurisdictional issues tend to be problematic for do-it-yourselfers – particularly when it comes to employment standards, real property, shareholder agreements, corporations, financing and security, all of which are regulated provincially.

“I’ve had people come in with contracts they’ve developed, but they cite the governing law as California, and are referring to statutes that don’t exist here,” he says.

“That’s one of those pitfalls – jurisdiction. And Alberta tends to be one of the smaller jurisdictions, even within the Canadian framework. So, it’s difficult to have jurisdiction-specific documents from an online platform.”

When it comes time to finding a new lawyer, Worthington suggests looking for one that’s right-sized for your business needs. Size matters, yet the most expensive isn’t always the most appropriate.

“If you’re a larger multinational or global company, you should have one of the biggest firms working for you. But for small businesses, then think carefully before going out and hiring the biggest,” he says.

And be honest when you do hire them.

“Don’t think you’re saving money by only telling them a piece of the story. It could be that piece comes up later, and it’s already gone sideways,” says Worthington. “Know that everything is confidential and is privileged.”

Worthington also suggests having an upfront conversation about their fees, keeping in mind some situations are difficult to quote – especially with litigation where the lawyer doesn’t control the process.

“Ask them: is this a hard number? Could it change? How will I know it’s changed? If you get a lot of avoidance or pushback, then make a decision on whether you’re comfortable with that. A lot of the times it’s not that the legal fees are unreasonable; it’s that clients are surprised by it.”

So, is the most expensive lawyer the best lawyer?

“I would suggest getting away from the idea that the sticker price determines the value,” says Best. “If you look at every other purchasing decision we make, we shop around or look for creative ways to do it. We’ll take an Uber; we don’t need to take a limo.

“Many business owners won’t pick up the phone to call a lawyer in fear that it will cost them money and slow them down; that’s a bad combination for businesses. If law is inaccessible, if it’s budgeted outside the realm of companies, then those companies will self-decision. And when they do that, even if it’s little contracts, they will build systemic risks within their business.”

Coderre adds to get the most out of your lawyer, know your business and be prepared.

“Be as organized as you can. The more you understand about your own business and what specifically you’re looking for, the more it will help,” he says. 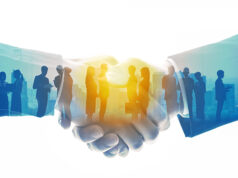 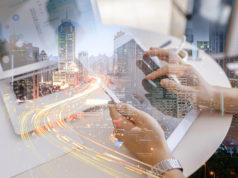