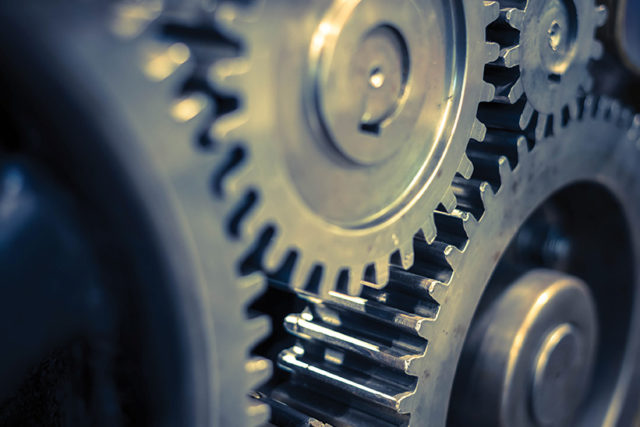 A vicious economy gave the local manufacturing sector a pounding over the past two years but the industry is back on firmer ground and poised to grow in the near future.

A collapse in oil prices led to a recession in 2015 and 2016, which resulted in thousands of jobs being chopped.

“Manufacturing we can say with certainty was hit hard. Between 2014 and 2016, comparing sales, [there was a] 21.4 per cent drop over those two years in manufacturing sales in the province,” says Rob Roach, director of insight with ATB Financial.

But the bad news is now in the rear-view mirror as the economy slowly rebounds and recovers and that is good news for the manufacturing industry – across the province and throughout the Calgary census metropolitan area.

“It is a growing sector. From 2016 to the forecast for this year, the GDP for the manufacturing sector is expected to grow by 5.8 per cent,” says Jeanette Sutherland, manager of workforce and productivity with Calgary Economic Development. “That works out to going from about $5.9 billion to about $6.25 billion. It’s also forecasted to grow by 9.6 per cent until 2021 – second fastest behind finance. And employment growth is expected to be 4.7 per cent.”

In Calgary, the industry has a number of sub-sectors, including:

Naturally, those closely tied to the oil and gas industry felt the pain of the economic downturn but not all segments were hit as hard. And some actually did well while surviving the two years of recession.

Scott Jenkins, president of Calgary-based DIRTT, says the energy sector did indeed slow down the company’s growth in 2015 but the manufacturer of highly-customized interiors managed to increase revenue every year. The company’s business model had something to do with that.

“We’ve built DIRTT on a strategy of diversification, geographically and in the end-user markets so we’re not reliant on any one industry or location,” says Jenkins. “More than 80 per cent of our business is actually in the United States, and along with our Calgary operations we have manufacturing facilities in Savannah and Phoenix.

Embracing technology has helped DIRTT grab market share as it continues to make inroads in industries outside of oil and gas, especially health care and education.

“We’ll also continue to invest in technology, product development and international expansion into high-growth, high-potential areas. It’s making our positioning in the industry that much stronger,” explains Jenkins.

“The energy industry in Alberta was one of our first supporters and they remain a strong supporter, which goes both ways. It’s nice to see things turning around again. Looking forward, the opportunity is immense for all industries, not just manufacturing. There’s opportunity anywhere there’s interior construction.”

The key to the manufacturing sector’s resiliency is diversity and customer base. Producing a product outside the oil and gas industry can somewhat shield a company from the ups and downs that have historically characterized the energy sector. It also helps to diversify and expand a customer base to a much broader audience.

Calgary-based SMART Technologies, which manufactures interactive displays and whiteboards, is a perfect example of that. Although the company manufactures its SMART Boards primarily in China and Korea, software is developed in many locations including Calgary, where it has its headquarters and it’s listed as one of the city’s biggest manufacturers.

Robert Pettigrew, director of product management for SMART, says the company’s products are geared to the education and the business sectors.

“We’ve done really well but we’re a global company. Our market is a global market. We really focus on Canada, the USA, Western Europe, primarily. We have the luxury of being buffered from the ups and downs of the Calgary economy. We’ve done well and are doing well,” says Pettigrew of the company that was acquired last year by Foxconn Technology Group of Taiwan.

“The market we’re in is growing very strongly. In particular in the education space, it’s growing 25-30 per cent year-over-year. We’re growing. But we’re facing growing competition.”

However, sales in this sector declined in 2015 and 2016 as a result of slumping oil and gas investment which impacts a number of manufacturing industries, especially metals and machinery.

“Because of the recession, real output (GDP) of Alberta’s manufacturing sector decreased seven per cent between 2011 and 2016,” says the government in its Highlights of the Alberta Economy 2017 report. “The largest manufacturing sub-sectors on a GDP basis are processed foods and beverages, chemicals, fabricated metals, industrial machinery, refined petroleum products and wood products. About one-fifth of manufacturing output consists of value-added industrial products such as fabricated metals, machinery and electronics.”

Manufacturing sales hit $62.6 billion in 2016. According to the Alberta government, manufacturing comprised 6.7 per cent of the province’s total GDP of $309.1 billion that year.

Here is how that breaks down by different segments in the sector: food and beverage, 14.6 per cent; chemical products, 13.2 per cent; refined petroleum, 12.7 per cent; forest products, 5.6 per cent; fabricated and primary metals, 5.4 per cent; and machinery, 3.6 per cent.

Analysis by ATB Financial indicates manufacturing activity in Alberta is on an upward trend. Annual sales for 2017 are on pace to reach about $70 billion. Much better than the past couple of years but well short of the almost $80 billion recorded in 2014.

Alberta’s agri-food industries were a leading growth sector throughout last year’s recession and continue to diversify and strengthen the economy in 2017, says ATB.

Optimism remains in agri-food, food processing and especially beverage manufacturing. With the stabilization in energy prices and a still-lower Canadian dollar, Alberta’s manufacturing should continue to perform well for the remainder of the year.

Food products was one of only three sub-sectors that posted positive growth during the recession with annual sales increasing by 7.1 per cent between 2014 and 2016, according to ATB.

Todd Hirsch, chief economist with ATB Financial, says food and beverage processing is growing because of the traditional beef slaughterhouses and beef packaging already in the market but the growth in the past decade has also been in the smaller niche processors – organic lentils, honey and small craft breweries.

“All of those things combined, there’s tens of thousands of them across the province and because there is so much preference these days for local food products people will pay a premium for them. As a result you can be a very, very small niche meat processor but be doing well right now,” says Hirsch. 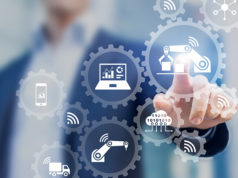 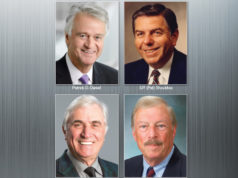