Capital is to business survival as water is to human survival: without it, a business (just like the person) will eventually die.

While many businesses obtain large chunks of capital through conventional bank debt, others don’t have that option. For various reasons – the business’s size or stage of life, an immediate need for cash, past financial record or current financial situation – many organizations are unable to access short- or long-term debt from traditional lenders. Enter the private debt market.

Estimated at over US$770 billion, the global private debt market has grown considerably over the last decade. With traditional banks restricting lending following the last financial crisis, private debt has filled the void. Consisting of loans to companies that are generally secured against the value of machinery and equipment, real estate or other assets, private debt includes everything from mortgages, accounts receivable loans, equipment financing/leasing, mezzanine financing and bridge capital/loans.

Likewise in Canada, the private lending landscape continues to grow. Due to strict Canadian banking regulatory requirements, many fast-growing, viable companies with strong assets but challenging cash flow are unable to access traditional bank financing. Thus, they turn to the private market.

Headquartered in Calgary, Pillar Capital Corp. provides asset-based loans ranging from $100,000 to $5,000,000 to small and medium-sized business owners across Canada. Incorporated in 2014, the privately-held lending company has offices in Calgary, Edmonton and Toronto and close to 50 borrowers nationwide with a loan portfolio in excess of $50 million and growing.

“We primarily do bridge lending to companies that are in need of short-term capital (90 days to one year) and who are unable to access it from the conventional banks,” explains Steve Dizep, president. Dizep has been in the industry for over 20 years, previously at Century Services and Canadian Western Bank. “We bridge the gap between when funds are needed and when they’re received.”

Pillar is a direct lender that provides bridge capital to fund everything from liquidity, working capital needs, mergers and acquisitions, and capital expenditures to equipment purchases, growth capital, restructuring and distress financing as well. Industry agnostic, its credit facilities are based on the value of the company’s assets and borrowing needs.

“We underwrite on all types of tangible assets, including machinery, equipment and real estate, both in the company and outside of the company – for example, holding company assets and personal real estate can form part of our collateral,” Dizep explains. Pillar is purely an asset-based lender, and doesn’t rely on financial covenants or cash-flow metrics like a bank typically will.

Swift River Farms Ltd. of Saskatchewan borrowed $4.5 million from Pillar last year to purchase 2,400 acres of irrigated farmland southwest of Saskatoon. “Pillar can move very quickly and allow you to do a lot of deals where the traditional banks are long behind you,” explains Mark Langefeld of Swift River. “And they’ll work with you because they don’t have the constraints of banking. The institutional banks can’t move the goalposts. Whereas with private debt, if there’s a hiccup or something, they’re really good at working with you.”

The value of the asset(s), Langefeld stresses, is key. “They really want to know that the assets can survive the interest rates,” he says. “We had to do an independent appraisal of the asset, and it was a very thorough due-diligence process. Once we were through that process, it didn’t take long to get the money. Maybe a month total from beginning to end.”

This speed is an advantage private debt lenders enjoy. “We are more nimble than larger commercial lenders,” Dizep explains. “We offer short-term loans on a quick turnaround to meet immediate needs until borrowers can secure more traditional loans. As a result, we have established a symbiotic relationship with the banks where they are happy to refer both existing and future borrowers to us, and then we can refer back.”

For Wolverine Energy and Infrastructure, an oil and gas services company, a short-term bridge loan from Pillar was the key to acquiring an equipment rental business going through receivership. “It was time sensitive and we really needed to act quickly to get it done,” says Wolverine shareholder John Carvalho. “It probably took about three weeks – from the time we had initial discussions, and they reviewed the equipment and then we received the money in the bank.”

The loan was secured against the equipment and paid back in 30 days. Carvalho admits they paid a slight premium for the financing, but it was worth it. “I think everybody recognizes that to get access to that capital, that quickly, is not inexpensive,” he says. “You have to weigh the opportunity and the returns on that opportunity versus the price you’re paying on a short-term interest rate.”

Dizep adds that Pillar’s credit facilities provide the flexibility for early prepayment and are non-dilutive, protecting the owner’s equity in a business.

In addition to banks, private debt lenders work with various intermediaries, including lawyers, brokers and accounting firms. “When an insolvent entity comes to us through council or from the banks, quite often they will need unconventional lending,” says Grant Bazian, president of MNP Ltd., the insolvency division of MNP LLP. Bazian is based in Vancouver. “The conventional lenders aren’t completely up to speed or comfortable with some of the situations that the private debt guys get into. The banks are very thankful for them.”

From informal to formal restructurings, private debt firms are able to finance companies going through a turnaround, secured by the tangible assets of the business.

An added benefit the traditional banks (as well as the private lenders) enjoy comes from the jurisprudence created when private debt players have challenged the Crown’s priority claims in court. “There have been cases taken all the way to the Supreme Court of Canada,” says Bazian, “and [the private debt companies] have won. This benefits the insolvency world in general because it gives more confidence to the lenders to lend money in insolvent situations and know their priorities are protected.”

In a typical deal, PROVIDA will provide a short-term loan against a company’s accounts receivables. It will insure the receivables if they aren’t investment grade (meaning from a major oil and gas producer like Suncor or Husky Energy). It also takes an assignment of the receivables and a general security agreement over the assets of the company.

“We can make a decision very quickly and turn a deal around in a week if it’s clean,” Silverthorn says. “Our aim really is to come in and help these companies through a tough period and then send them to cheaper money.”

Access to capital is always a challenge, and the private debt market provides a much-needed source of capital for many companies. “On average we probably look at a deal a day,” says Dizep. “There’s a huge demand for alternative financing nationwide. It covers so many different areas and the underlying story remains the same – there is a large market of small to medium-sized companies that are under serviced by traditional lenders and require alternate sources of capital to meet their funding objectives.”

“Being able to source money is what prohibits many people from making deals,” Carvalho says. “Private debt really fills that gap. They can come to the table with short-term capital and move quickly so people can take advantage of opportunities. It’s not inexpensive, but if people really recognize the return that they’re getting on the opportunity that they’re acquiring or buying, then what Pillar brings to the table is pretty valuable.” 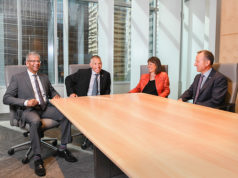 The Business Council of Alberta 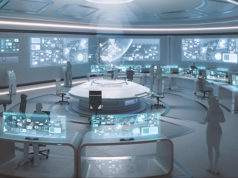 Workplace of the Future, Today 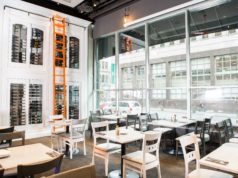