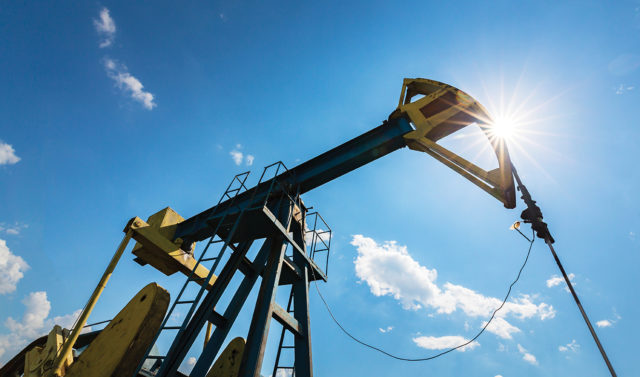 For more than two years, Calgary has rumbled with expert and wishful-thinking speculation about the oil industry’s new normal.

Some experts are now daring to (quietly) suggest that it’s happening. Maybe more subtle and slower than hoped for, but happening.

“No doubt about it, it’s been disappointing,” admits Martin King, director of institutional research at GMP FirstEnergy, the influential global energy investment bank. “The much-awaited reset of the market has been a lot slower than anticipated. Part of the problem is that the market is more impatient. It wants to see big changes but seems to be dwelling on the negatives and ignoring the positives.”

Reacting and managing the nearly three-year-old slump has been a challenge. There have been changes. Along with jarring staff cuts, the industry has done what is necessary to trim costs, improve technology and streamline processes.

What will be the industry’s new normal and what will the landscape look like when the strategies and operations of ‘the new Alberta oil companies’ is better defined? There is expert guesswork and speculation but no formal forecasts or projections.

“Each company plans their activities at different commodity price benchmarks,” explains Chelsie Klassen, spokesperson for the Canadian Association of Petroleum Producers (CAPP), the voice of Canada’s upstream oil, oilsands and natural gas industry. “Depending on individual operations and technology employed, each company will define their competitiveness compared to the commodity price differently.

“One factor is for sure. The industry continues to face mounting costs and barriers to growth due to changes in provincial and federal government policies and regulations such as methane emissions, carbon pricing, municipal and corporate tax increases, wetland policy, well liability and closure and caribou management.

“In addition to those barriers, commodity prices have been low.”

In a mid-year outlook, CAPP cited industry concerns about the already slumped share prices and opposition to major pipeline proposals, including Kinder Morgan’s Trans Mountain expansion and Enbridge’s Line 3 replacement project, that will bring more oil to the U.S. Midwest.

The CAPP outlook points out that, since the start of the year, U.S. oil prices have fallen roughly 11 per cent, slipping back to less than US$50 a barrel. The TSE’s energy group has slumped more than 17 per cent.

While the new costs of doing business vary, there is quiet but constant speculation and concern as to whether the new and refocused Alberta oil companies can survive, or at least achieve a profit in the $40-$50 range.

“For oil production companies, the answer is no!” says John Dielwart, founder, director and former CEO of ARC Resources and now vice-chairman of ARC Financial, Canada’s leading energy-focused private equity manager. “It applies not only to Canadian companies but also U.S. companies. Everyone will tell you they have projects that ‘make money’ at these price levels but they are talking at a project level not a corporate level.

“Also, the number of projects that do make money are a small subset of the overall picture. If gas prices stay close to where they are today, then liquids-rich gas plays may still work to some extent.

“The biggest issue is the corporate cost structure of all (Canadian and U.S.) E&P companies is based upon a $90-$100 price level. Service companies have slashed compensation. E&Ps have not. Dramatic corporate compensation reductions would have to occur for companies to survive in a sub-$50 oil price environment.”

Different logic applies to service companies. Dielwart adds, “Service companies are barely clinging to survival. If margins don’t return to a point where they can make money, the space will continue to shrink resulting in fewer bigger players which is not helpful for cost competition going forward.

“With the very brief run-up in oil prices into the mid-$50 range, many service costs went up, particularly pressure-pumping services, which raised costs to the point that the E&P companies didn’t get much out of the commodity price rise.”

The industry and analysts agree about the various factors that are impacting the transitions and adjustments in the oil business. “The industry has taken many measures to reduce costs, improve technology and streamline processes,” Klassen notes.

“Some of the major challenges need to be addressed through collaboration with governments to work through government policies and regulations and improve competitiveness.”

There is much speculation about the revised costs and operations, the new normal when it comes to the costs of doing business, and the rejigged “new” Alberta oil companies.

Although the slump and the consequent downsizing, cutbacks, restructuring and revised strategies may, in some ways, be paying off, not all the guesswork (especially about the smaller new oil companies) is optimistic.

“There’s absolutely no question that tomorrow’s companies will be leaner and more efficient than before. Sadly, tens of thousands of jobs that used to exist prior to the tight oil and gas revolution are now gone for good,” Dielwart notes with a wealth of oil and gas sector experience. “The industry used to celebrate drilling ‘big’ wells which were 100 barrels of oil per day or five mmcf/d for gas. Today, wells like that would be considered disappointments.

“If you are getting five to 10 times the productivity out of new wells, and they are being drilled from super pads with far less surface footprint, the number of people required to deliver the same amount of production is greatly reduced.

He predicts rig automation on the drilling side is about to accelerate rapidly and he warns the technology will eliminate many service jobs.

“The smaller companies may not be able to compete effectively,” he says with candid expertise, “because the cost structure will be set by highly-efficient manufacturing-style mega-pad drilling by the large companies. Small companies will not be able to duplicate that cost structure. They will generally get second-tier equipment and crews and experience more frequent mobilization and demobilization costs due to not keeping a rig going year round.

“Small and nimble used to be an advantage but I don’t see that being the case anymore,” he predicts.

GMP FirstEnergy’s Martin King underscores, despite all the scrambling and the flux in the oil industry, at the end of the day, the situation – and the long-term future – is a political issue and driven by commodity prices.

“There is little reason to believe the bearish mood will lift so long as U.S. oil inventories remain bloated. Among proposed pipelines, the industry has the most to gain from Trans Mountain, which would enable producers to tap overseas markets in a bigger way,” he says. “But the $7.4-billion project faces stiff resistance from a Green-NDP alliance in British Columbia. It has become a political fight now more than anything else.

“Crude prices aren’t even close to the range needed to justify the massive investments. The industry needs something in the $60-$70 range and that could take a couple of years.”

King agrees with some analysts that the 2017 ranges will spike a bit more from the $40 – $55 range, but likely level off and stabilize in 2018. Next year will be about stabilization and improvement.

“The good news is that, despite the hype about electric power, demand for oil is still growing.”