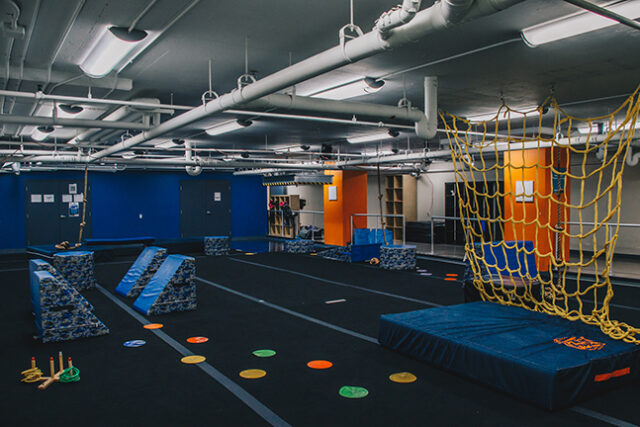 On May 18, an iconic Calgary sports and recreation landmark was renamed the MNP Community and Sport Centre. Formerly the Repsol Sport Centre, the name marks the start of a new chapter for the 39-year-old facility, one that both honours its local roots and celebrates its role as a hub for sport and community in the city.

The result of a 10-year sponsorship agreement between Calgary-based MNP and the Lindsay Park Sports Society (LPSS) (a board of volunteers which independently operates the city-owned non-profit facility), the MNP Community and Sport Centre will continue to serve all Calgarians.

“We’re very pleased with the agreement,” says Trevor Winkler, regional managing partner of MNP’s Calgary office. “It really fits with MNP in Calgary – to support the community, the city, in a way that impacts everybody, not just a narrow demographic. The facility is inclusive of all citizens as it’s a community sport centre.”

“The best partnerships are when both parties make each other better,” says Jeff Booke, CEO of MNP Community and Sport Centre. “MNP is a partner who is aligned with us on our vision and values. They are active in the same communities we are, with a strong brand. We mirror what each other are looking for.”

Built in 1983 for the Western Canada Summer Games, the centre was originally known as the Lindsay Park Sports Centre. In 2002, the LPSC entered a 20-year sponsorship agreement with Talisman Energy, resulting in the Talisman Centre. In 2017, Talisman was taken over by Repsol, which fulfilled the remainder of the agreement.

“When we were informed that the agreement with Repsol wasn’t going to be renewed, we engaged in a process to find a new naming sponsor last year,” Booke explained. “And the partner we were looking for was someone that provided all kinds of opportunity and value to the centre – not just in dollars. MNP was identified early on.”

One way MNP – which has 120 offices and over 7,000 team members across Canada today – will bring value is by connecting its 700+ Calgary-based employees, as well as its many local clients, to the centre. “We’re excited to share it with our team and clients,” Winkler says. “To help increase the centre’s user and client base and increase its community.”

“It’s something that all Calgarians have the ability to benefit from,” continues Winkler. “Because it’s accessible and inclusive. It contributes to wellness. And, particularly coming out of the pandemic, we’ve seen that mental and physical wellness are really important moving forward.”

Booke echoes the importance of mental health, and how social and community interactions are vital to it: “Our facility is a place where you can exercise your body, there’s no question about that, but it’s also a place where people gather. That’s why in our new name we’ve emphasized the ‘community’ aspect. This is very much a community hub. And we want to highlight that even more.”

The facility’s dual mandate – to serve Calgarians in pursuit of health, wellness and fitness and to serve individuals in pursuit of high performance sport – is unique. “It’s unique because it treats these two groups (everyday Calgarians and high-performance athletes) equally,” Booke explains. “And we’re quite successful in exceeding the expectations of both groups.”

Indeed, the centre works with 11 umbrella sports – competitive swimming, artistic swimming and water polo to name a few – which encompass 35 clubs that train out of the centre and call it home. “We have everything from young athletes discovering sport for the first time up to and including many Olympic and Paralympic athletes,” Booke says. “And depending on the time of day, the mix of people here varies.”

With approximately 4,300 members (and growing), another six to eight thousand athletes can be found training at the facility on any given day.

To better serve all of these people, the MNP Community and Sport Centre is about to embark on a massive $70 million ($45 million from the city of Calgary, $20 million from the province and five million dollars from the LPSS) facility enhancement and expansion.

The city funds will deliver a 25,000-square-foot leisure water expansion, including amenities such as waterslides, lazy rivers and rope swings – expansions to community offerings. “The provincial funding is primarily directed at the sports side of our offerings,” Book explains. “We’ll be expanding our flat water – adding more lanes, upgrading the competition pool and diver towers – in order to host higher sanctioned events.”

Other expansions include building a stronger connection to Lindsay Park, adjacent to the centre. Work will begin next summer and continue for a few years. The centre will operate throughout construction.

For MNP, the capital renovation compliments the name change as a multi-dimensional refresh. “It’s a community sport centre,” Winkler reflects. “It fits and aligns with our values. It’s a recognizable asset and an important piece of the city.” 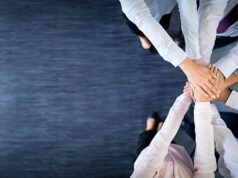