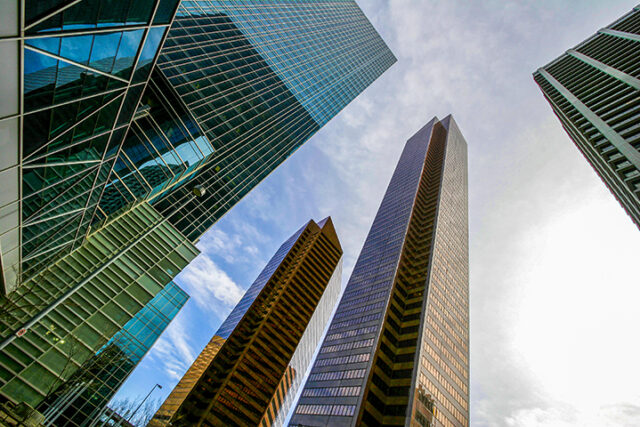 Despite the new normals of the Calgary workplace, work-from-home routines and options and guess-work about how much office space companies may need in the long term, industrial space is a separate and entirely positive story.

According to the recent Colliers’ Industrial Market Report, Calgary is in the midst of an industrial real estate boom! “The pandemic has fuelled a rapid rise in e-commerce activity and demand for warehouse space, causing vacancy rates to tumble across the country.”

The Report also points out that, in the second half of 2022, the need for industrial space continues to increase as global supply chain constraints have led retailers to adopt a just-in-case inventory strategy and seek out even more space to house additional products. It also explains why the situation is turning out to be a Calgary boom.

While markets such as Vancouver and Toronto are experiencing a critical shortage of industrial product – with record low vacancy rates of 0.4 per cent and 0.7 per cent, respectively – Calgary presents distributors and retailers with a welcome alternative. “Calgary’s industrial vacancy rate dropped 185 basis points year-over-year, as tenants look to Calgary to support their warehouse and distribution needs.”

The Report mentions positive examples of major players setting up Calgary distribution centres over the past few years, including Amazon, Lowe’s, Home Depot, Canadian Tire and Walmart, reflecting the many advantages of investing in Calgary. “The demand for warehouse space is not expected to decrease any time soon as the e-commerce, high-tech and entertainment industries continue to thrive in Calgary,” the Colliers Report says. “In addition, the massive increase in building development and strong oil prices will drive demand for manufacturing and service-oriented owner/user industrial product. These tailwinds are positioning Calgary’s industrial market for a bright future and we expect to continue to see strong market fundamentals.”

The other sector of Calgary’s commercial real estate – office space – continues on a bumpier ride with uncertainties about the possible recovery options and long-term trends and scenarios.

“We were already on the back foot when we came into the pandemic,” says the plugged-in Deborah Yedlin, president and CEO of the Calgary Chamber of Commerce. Energy prices were less than half what they are today and companies had been focused on survival for five years. It meant laying people off, cutting back expenditures and doing whatever they could to run their companies. We also need to address the challenge of being overdeveloped and under-demolished, better understand the opportunities with aging assets and then move forward to address the issue. That won’t be an easy conversation.

“Our core is just that – the heart of commerce and community in our city,” she emphasizes. “With less than one per cent of the land, Calgary’s downtown generates 23 per cent of jobs and has 72 per cent of Calgary’s total office space. As we consider the future of downtown, we must ensure the investments we make strengthen and diversify our downtown for the benefit of all Calgarians, whether they are working or choosing to live in the core.”

“We’re not seeing a significant difference in rates between downtown, Beltline and suburban buildings largely because Calgary has in many respects become a single office market,” explains Justin Mayerchak, senior vice president and partner with Colliers Calgary. Historically, most companies have been either a downtown, Beltline or suburban tenant. As the market has softened and all landlords fight for tenants, pricing has become more consistent across all markets when comparing assets classes. There are still considerable differences in pricing between quality and location of buildings.”

There’s no doubt about. It’s much more than an excuse. While Calgary’s office space has been an unpredictable rollercoaster for more than five years, the past two years of lockdowns, layoffs and work-from-home (WFH) routines caused a blur for office space vacancy and lease rates.

“There is a large discrepancy between rates within the downtown core itself,” says Aly Lalani, executive vice president with Colliers Calgary. “In some B and C class buildings the quoted rates are operating costs only if space is taken on an as-is, where-is basis. While there is still demand in the B and C markets, every downturn in the downtown office market we witness a flight to quality by some tenants.”

For many companies, the unpredictability of long-term work trends and space needs is a key factor. “Many clients of ours have added people through the pandemic,” he notes, “but are not taking additional space proportionate to their growth. What we are seeing is that many companies are looking at it and saying, ‘if we’re going to bring people back, then the workplace needs to offer something WFH can’t.”

Justin Mayerchak mentions other Calgary office space strategies. “A few projects have a clustering affect on the market. Technology and creative companies are locating in close proximity to one another, if not in the same development. Spear Street’s The District is a great example of this. We expect vacancy in all markets to continue to compress with AA and A buildings leading the way as companies make a conscious effort to provide their workforce a better option than working from home. Many companies we hear from believe that there is still very much a need for an office, to create collision and innovation amongst the team.”

A creative transformation is also happening. “The municipal government is following through on Calgary’s Greater Downtown Plan by partially subsidizing conversions of under-utilized office buildings to residential developments,” Lalani notes with enthusiasm. “So far this year, five downtown buildings, namely Sierra Place, Lavalin Centre, Canadian Centre, a portion of One Palliser and The HAT (former Teck Place) are set for conversion. These three conversions alone have reduced downtown office inventory by nearly 700,000 square feet and we anticipate more approved conversion projects to be announced throughout 2022, totaling an additional 600,000 square feet.

“The purpose of these residential conversions is to not only reduce vacancy but also transform Calgary’s downtown core into a neighborhood with a more balanced mix of residential and office buildings along with complementary retail, culture and entertainment components.”

“The work-from-home was a trend-turned-imperative and it’s here to stay,” Yedlin points out. “We had long been hearing about the need for flexible working hours from families – but it took a pandemic to make it a reality. What we have to acknowledge – and facilitate – is what downtown looks like for workers and professionals in various stages of their careers. At the same time, companies are aware of the importance of developing and reinforcing a corporate culture – which happens primarily in-person, not virtually.

“Vacancy was an existing challenge amplified by the pandemic,” Yedlin says. “But it also offers interesting opportunities for innovation, creativity and new investment. We’ve got space to work with, some potential for exciting development incentives, and many lessons learned to ensure we won’t repeat past mistakes. Our commercial real estate is undergoing its own period of innovation as they consider alternatives like conversions, renovation and repositioning portfolios to attract new businesses.”